“Between stimulus and response there is a space. In that space is our power to choose our response. In our response lies our growth and our freedom.” -Viktor E. Frankl 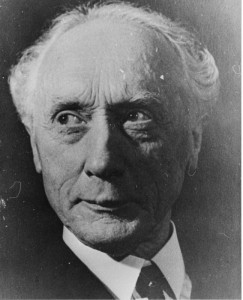 F.M. Alexander was a Shakespearean actor born in Tasmania in 1869. In his early 20’s he started losing his voice while performing and finding no solution to his problem through the traditional medical field, he decided to figure out what was going on himself. Over a period of nine years he observed himself in activity, beginning with speaking, to see what it was he was doing that might contribute to his loss of voice. He made a discovery early on that he tended to pull his head down onto his spine, compressing his neck, entire spine, and his vocal cords. To his surprise, he realized he did this on a subtle level all the time, in every activity. After observing others, he realized we all have the tendency to react to stimuli, even every day, ordinary stimuli such as sitting, standing, speaking, and walking by compressing ourselves, rather than lengthening into the action. He spent a great deal of time reeducating his nervous system to respond to stimuli by expanding rather than contracting. He eventually developed a way to use himself as a teacher and communicate this possibility of lengthening in action to others. Consciousness of how we use ourselves in our daily life can lead to more constructive movement, freedom and possibility in simple acts like sitting and standing, to more complex activities such as running, playing the violin, yoga, etc. It is most widely known for helping overcome neck, back, and arm pain due to excess tension, injury, and stress related issues.